A dour-faced executive glanced around the oak conference table, somehow able to look simultaneously down and into everyone’s eyes in turn. He said: “The question is, where can we get more resources for Mike. Roger, can your group relinquish some resources for three months?” Roger frowned and pondered. I wondered what a “resource” was and how many Roger had. 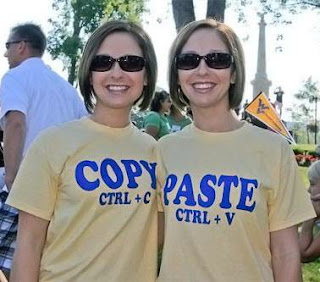 It was a brief consulting engagement. Version 3.0 was behind schedule. I was privy to this product planning meeting but still naive about corporate lingo. At first I thought “resources” meant money or time but it didn’t compute.

Finally I realized that “resource” meant “human.” Or, in this case, “software developer.” Oh.

The dehumanizing effect of labelling anyone as a “resource,” a category which might also include electricity, water, natural gas, and hogheads (hogs head? hog’s head? hog’s heads?), is obvious enough. But more interesting is the effect it had in the meeting.

In Orwell’s 1984, a tyrannical government has forced upon its citizens a language called Newspeak. Newspeak has no words for concepts like disagreement, revolution, or individualism. The theory was that people cannot engage in these thoughts if there are no words to express them.

So back to the executive and the oak conference table and “resource reassignment.” Did using the generic word “resource” have an effect on the planning session?

Oh yes. In that meeting it was determined that two resources would be temporarily reassigned from Roger’s group to Mike’s, so Mike could complete his features on schedule. Is that sensible?

If you’re talking about human beings, of course not. Two people were assigned to a project they knew nothing about. We’ve known forever that adding people to a late project only makes it later; the absurdity is multiplied by re-reassigning those people three months later, just when they might finally be up to speed.

But when you’re talking about “resources,” it makes sense. Resources are fungible. Money is a resource; it can be moved from one department to another with a click in a spreadsheet. The analogy to human beings is completely wrong, which leads to completely wrong decisions.

But the moral isn’t “Don’t label.” In fact, we can do better than “Labels must be accurate.” Maybe you can use labels to advantage.

What if you called your software developers “The Talent.” Like Hollywood stars. The Talent are not interchangable. The Talent demand respect, but they are expected to produce. The Talent can be opinionated, judgemental, and tempermental, but it’s worth placating them so long as they churn out great works that can be sold for millions of dollars.

Which label will help attract and retain the best developers?

What are your pet peaves when it comes to labels? Do you have a story of mislabling leading to wrong decisions? Leave a comment!